There already has been a photoshop app for your iPhone but adobe has just released a full fledged free iPad version of it called Photoshop express. 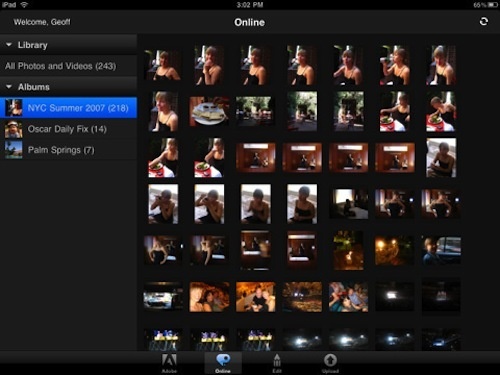 It’s the same app that was available for your iPhones but it has been tuned to suit all iOS devices and hence can be run on iPhones, iPads and iPods.

Features specific to iPad:
• Support for portrait and landscape orientations
• Redesigned Online, Edit, and Upload workflows
• Ability to work on multiple photos in sequence from within a single workflow
• Redesigned Organizer view with simplified album sharing
• Updated icons and visuals that make it easier to navigate and use the Editor
• Ability to upload to Photoshop.com and Facebook simultaneously