While the official version is lined up for release for the 12th of April, a pre-release version has already been leaked which appears to be extracted from pre-release HTC First ROM. 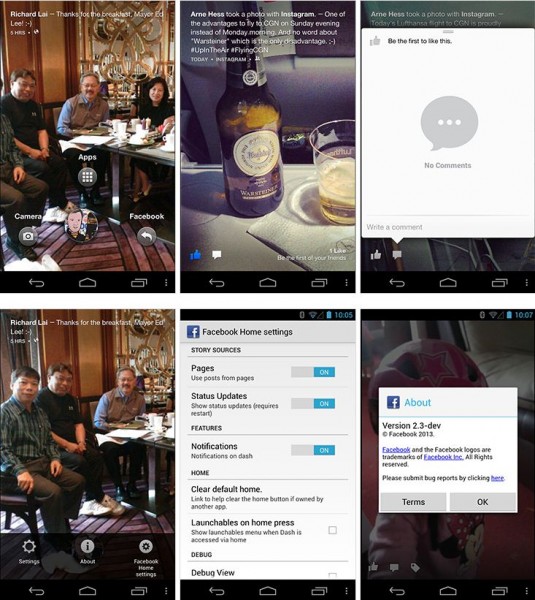 While this release is extremely buggy as expected, it is interesting to see what Facebook has to offer to us through it’s upcoming release. You will need to have to completely uninstall your Facebook app to be able to use this version of the app. As the leaked APK is re-signed, you can not just install at over the existing installation. So if your phone comes with the Facebook app as part of the basic ROM, unfortunately, you’re automatically excluded. Other devices may be able to run this though.