Google responded quietly but harshly by removing all the pages indexed from Oracle.com around 3:00 PM EST 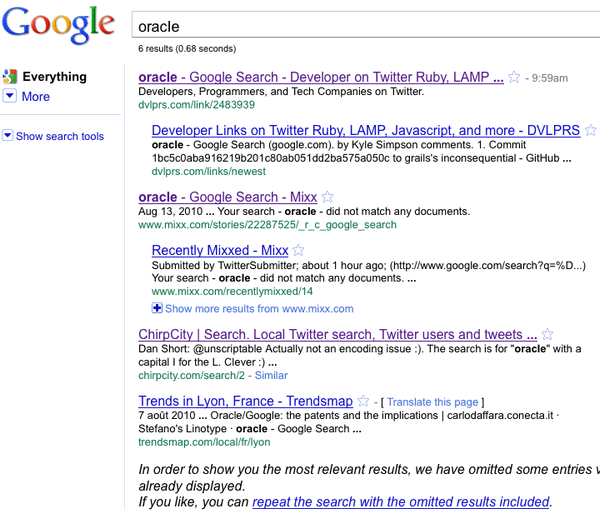 However, around 8:00 PM EST things got back to normal and Google started to rank all the pages from Oracle again probably after realizing that it was a D move.

This obviously doesn’t seem to be a reasonable thing to do by a search giant and falls under extremely unprofessional business practice. [via IPWatchDog]

Apparently the complete story by IPWatchDog was made up and Google never removed the results from searches. On having a look at that image again, I noticed that Google only brought up “6 Results” and smelled a rat. The search query is tempered with variety of UTF-8 characters [via Invisible to the Eye]