This sure is an embarrassing moment for Google and Android market that a fake TweetDeck app by an opportunist developer made it to the Android market. Three days ago, TweetDeck rolled the TweetDeck for Android beta for TweetDeck account holders. Making use of the situation, the app developer has uploaded an unofficial app to android market and trying to sell it off.

TweetDeck made it clear NOT to download the app since its not official. 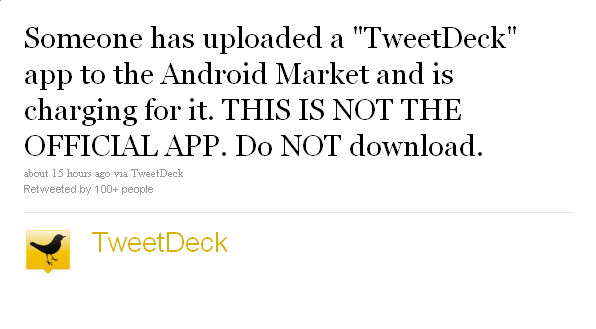 The application has already been pulled from the android market. To be sure not to fall for a dupe, do not buy any TweetDeck android app unless officially announced by TweetDeck