Google Keep is basically a new web program which allows you to make, save and sync notes. The primary thing about Google Keep is the fact that it’s part of the ‘Google’ Family and that alone should say a lot about the application itself. Google clearly gives out one core message – signin and never signout. They are trying to make sure that every single web need of yours is fulfilled through Google and they certainly are trying to make things easier for us. Google Keep might seem quite similar to Microsoft OneNote with OneNote synced into Sky Drive (pretty much like Google Drive). 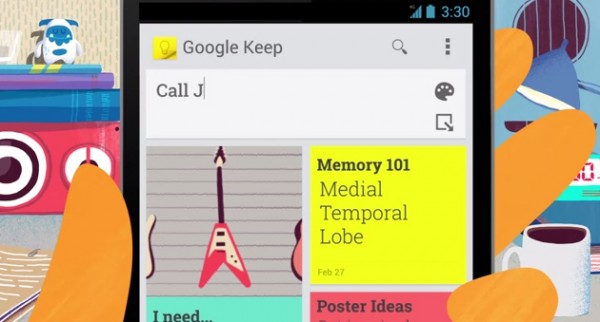 Google Keep is a new service and it will probably take off very slowly. It has the basic note taking functionality along with super-awesome search features (what did you expect, it’s Google), but if you compare it with the giant known as Evernote (ranges from being completely free to $45 a year), you will not be impressed by Google Keep at all. You can have Evernote as a mobile application, as web application or as a desktop application. Google Keep, in that sense, thrives inside Google Drive and Android. There are no applications out for iPhone or iPad yet. You have no desktop versions of the application available to you and Blackberry and Windows Phone are out of the question alright. You can add tags with Evernote but Google Keep will not do that for you. You can add notebooks with Evernote, but Google Keep does not offer a similar feature so if you talk about comparison, Google Keep, at this point in time, will fail miserably.

Google Keep will basically add (like a plug-in if you must) a note-taking ability to Google Drive which will then sync with all you android devices however, it can only stay alive with Google Drive. It does not offer image editing tools, no font options and no option to sort either. You cannot see the color codes until after you are done editing the entire note and you cannot share the note after you are done with it. You can add a picture with a note but that only happens if you are using the Android version of the application and not the web app. Google Keep also allows you to add a note by voice. All in all, if you are looking for simple note taking and something to do with Google, this application will do you justice. But it is worth installing, overtime, Google will build it up.